Skip to content
Is your Property Eligible for the Clean and Green program? - February 7, 2023Selling Your Business? Call Us. - February 6, 2023Buying or Selling a House? We Can Assist with Various Issues Throughout the Process - February 2, 2023More than a Handshake Required – Practical Tips for Efficient Compliance with the Contractual Requirements of Pennsylv - February 1, 2023Rick’s Tips #2 - January 31, 2023
Rosenn Jenkins & GreenwaldNewsPractice AreasPersonal Injury LawPennsylvania Governor Signs Bill Aimed at Teen Driver Safety 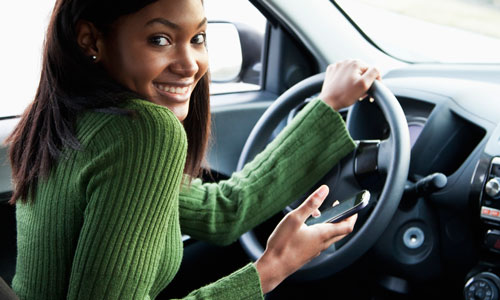 Pennsylvania Governor Tom Corbett signed a bill into law restricting teen drivers and requiring more training in hopes of saving teens’ lives. The new law limits the number of passengers a teen driver may have and increases the number of hours teens must be trained behind the wheel. In a press release, Governor Corbett says that while the state has made significant improvements in reducing teen driving deaths, this new law is the next step needed to keep teenage drivers and teenage passengers safe on Pennsylvania’s roads.

The new law, named Lacey’s Law, was spurred in part by a tragic 2007 car accident in the Philadelphia area. Lacey Gallagher, 18 years old, and six other teenagers were in an SUV that hit a roadway barrier causing the vehicle to flip several times. None of the teenagers were wearing seatbelts and all were ejected from the vehicle in the crash. All the occupants survived except for Lacey.

Under the new law, a junior driver – someone age 18 or under – may only have one passenger in the car for the first six months of having a license. A 2005 study conducted by the Institute for Highway Safety showed that the number of car accidents for teenage drivers goes up when there are more passengers in the car. The passenger does not include people who are immediate family members. However, a junior driver may have more passengers if a parent or a guardian is in the vehicle. If after six months the junior driver has no violations or accidents, the driver is allowed to have up to three passengers in the car. Teenagers are subject to the law until they turn 18.

The new law also increased the number of supervised training hours required for teen drivers to get a junior license from 50 to 65 hours. Of the new 15 required hours, teens must spend 10 hours driving at night and five hours driving in poor weather.

According to the Centers for Disease Control and Prevention, car accidents are the leading cause of teen deaths. With more teen drivers and more distracted driving, the number of crashes is rising. A Pennsylvania study indicated that fatal crashes involving teen drivers increased from 40 in 2009 to 57 in 2010.

An Attorney Can Help

Lacey’s Law is an important step towards reducing teenage deaths behind the wheel and increasing safety on Pennsylvania’s roadways. However, if you or a loved one have been injured by in a car accident, it is important to consult a Pennsylvania attorney experienced in car accident cases. An attorney can review your situation and advise you on possible avenues of legal recourse.